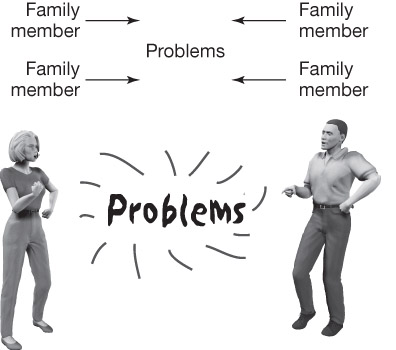 Not all is positive about siblings.One of the red flags for a sibling ” I hate You story” is something happened between you and your sibling that you did not want to happen.  Sibling rape and molestation happens in families. I have been writing about and citing a project that pierces this taboo, Pandora’s Project.

If you are survivor of sibling abuse or a professional working with sibling abuse in any age group, I would suggest visiting their web site , friending them on their]and watching their latest video, below, which will help you understand the underbelly of siblings that has been with us, yet taboo to see, since families/ siblings-  began.

I will be in New York on October 3rd to speak at Senior Source a geriatric care management component of Self Help , a renown 75 year old New York Based program dedicated to Holocaust survivors seeking refuge in America, with a distinguished 75 year history, dedicated to enabling the elderly and other at-risk populations to live in their own homes, independently and with dignity.

The Senior Source Salon will be held from 6 PM to 8 PM October 3rd .

I will speak about negotiating midlife sibling issues in both the “nearly normal ” and dysfunctional aging family. My presentation will cover the challenges of negotiating and mediating with estranged siblings regarding their parents or loved ones finances, assets, estates and guardianship.

The presentation  will address sibling family dynamics in midlife and the steps siblings take  to achieve forgiveness in a midlife family . These steps can create sibling family team to care for an elderly parent.

This talk will be  based on my book Mom Loves You Best Forging and Forging Sibling Relationships, New Horizon Press,

A just released stuffy by the Pew Family Trust on Care, Pew Internet Project and supported by funding from the California HealthCare Foundation found a fact professional ‘s working with seniors already know – almost a third of us are family caregivers. That includes midlife siblings, and wives. The much anticipated study found the 30% of US adults are caregivers.

Plus the study confirmed another fact that caregivers and aging families know but is now substantiated. Technology and the Internet is a key tool that sibling and more often spouse caregivers use to render care to aging family members.

According to the Pew report caregivers are “ voracious health information consumers. They outpace other Internet users often by double-digit margins,

• According to the Pew Report:

Are you a family, sibling or spousal caregiver and use technology? Check out this report.

If you are a aging professional, this is important information on how to reach your potential clients.Professional geriatric care managers  should check out Julia Menack’s Technology to Support Aging In Place in the third edition of Handbook of Geriatric Care Management 2011.