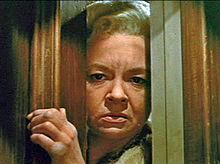 They ponder -do they even want to go ? Do they really love certain family members ,like them or just hate them?. Should they take 2 Zanex to face relatives they despise or stock up on wine as a house gift to themselves ?

Dysfunctional families have a sense of ambivalence- a love hate relationship with parents and or siblings.  Daughters and sons who had a distant, abusive Mom may still love her.  At the same time, however, these adult children recall the splintered and miserable childhoods they endured with internal strife and feelings of anger towards their older Mom or Dad. Similarly, sisters who have been abused or even molested by a brother often feel the contradictory impulses of love and loathing.

A good example of brother-to-brother ambivalence on the holidays is Cal in Steinbeck’s East of Eden , played by James Dean in the brilliant classic film.

He both loves and hates his twin brother Aaron for being the favorite child. This ambivalence leads to him introduce Aaron to their mother ,who he also loves and loathes.A Monster, she abandoned them as babies and is now a Cruella deVil Madame at a Salinas whorehouse.

A remake of the film was planned  starring Jennifer Lawrence of the Hunger Games. If the film is remade she may reprise Jo Van Fleet’s Oscar winning role as Cathy ,the demon mother, who Cal both loved and despised.