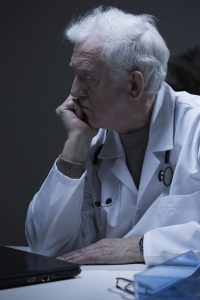 He has also  been accused of being part of a fringe medical association that Association of American Physicians and Surgeons (AAPS) ,whose  statement of principles “declares that it is “evil” and “immoral” for physicians to participate in Medicare and Medicaid,” The New England Journal of Medicine recently stated that “Price favors converting Medicare to a premium-support system and changing the structure of Medicaid to a block grant — policy options that shift financial risk from the federal government to vulnerable populations.

He also opposed reauthorization of the Violence Against Women Act and has voted against legislation prohibiting job discrimination against lesbian, gay, bisexual, and transgender (LGBT) people and against enforcement of laws against anti-LGBT hate crimes. He favors amending the Constitution to outlaw same-sex marriage.

Price wants the Affordable Care Act repealed but what effect will that have on women from 45-55- the main family  caregivers of the elderly- who do this care  for free and depend on the ACA to cover their health care since they frequently get sick and disabled by caregiving.?

Finally the Alzheimers Association warms that his nomination is going to really sabotage Alzheimers patients through their Caregivers.