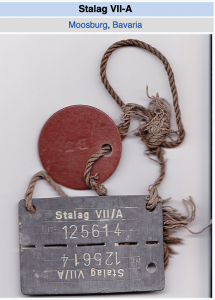 My mother told me that near the end of the war, his prison camp was abandoned by 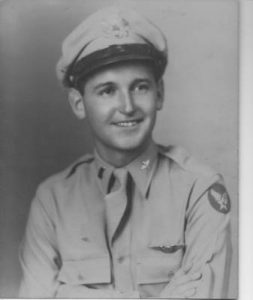 the Germans. Most of the men had dysentery and were skeletons. Patton liberated the camp, according, to the story I heard and he cried when he saw his officers so very ill, burning up the bunks they slept in to keep warm in the freezing German winter. My father would say verboten when we asked questions, as he learned German while imprisoned. We were told by my mother never to talk about the war.

In today’s New York Times front page there is another story of another soldier who never talked of the war. But this World War II soldier, James Leach Miller, lived to be 98. He survived  D day the deadliest battle of the war but did not survive his own prison camp, the Holyoke Soldiers Home in Massachusetts. There was no Patton to roar up in tanks and save the 89 soldiers who died in the VA facilities that housed 210 frail older men. 74 were diagnosed with the virus. The state investigation shows there was limited staffing and workers that remained did double shifts. This was before the Pandemic hit. The Times reported that Holyoke had scarce PPE, was understaffed, and put veterans infected together with residents who did not yet have the virus.

Death By A Million VA CUTs

The Trump administration has left the VA as battered as the fleeing Germans left my father’s prison camp. These poor soldiers in their 90’s were left as the Times headline says “to Languish in a Home Ravaged by Illness “with few staff , PPE a raging

epidemic and no President Trump coming in to cry at his army’s plight and save them when he saw men who had risked their lives for all of us- and lived on – only to felled by VA cuts.