Spirituality Means More As We Age

Spirituality can matter more as you age. Now that we are entering a season of high spiritual celebrations like Easter- this is an important ritual to involve elders in spiritual communities. Religious communities offer elders socialization thus increasing their quality of life and returning joy to their lives.

What is This all About?

Leonie Nowitz, a geriatric care manager who has a deep interest in spirituality and writes about it often, once told me to look at spirituality as a question  ” What is this all about”. As we age, this question becomes primal, for we face death coming at a rapid pace. Elders wonder- do I go to heaven, to hell, or just energy or dust. Will I meet angels- my wife in heaven.?

Ms. Nowitz said that when you define religion, look at it as a filing cabinet with each drawer is a religion with an answer to spirituality  ” “What Is this all About”. There is one for Jews, Protestants, Hindu’s Muslims, Quakers, The Environment- all religions and belief systems.

One assessment care managers can do is a spiritual quality of life assessment to find out where joy can be found again. If spirituality is something that would increase an elders quality of life, here are some activities that you may suggest to an older client or their family, especially on holidays when places of worship have their most spectacular music, smells, and bells and pageantry.

The terminal phase of any life-threatening illness is the time between diagnosis and the final decline when no cure or extension of life is in the offing. The individual confronts progressive decline and deterioration. Death is imminent. The care manager has a role.

The focus of doctors and patients now changes from attempting to cure the illness or prolong life to trying to provide relief from pain and to comfort the sufferer. Religious concerns such as what happens after someone passes away or how to handle the suffering at the end of life or how to give comfort to family members are the focus during this time as well as trying to tie up any loose ends.

But what happens, when in the terminal phase the client asks you, the geriatric care manager, about the right to die in your state. In California where In June 2016, our state became the fourth in the nation to allow medical aid in dying for patients suffering from terminal illness, they do have a right to discuss this with their physician. Four other states have passed this law including Oregon, 20 years ago.

In an article in yesterday’s New York Times a physician in Oakland, Ca discussed the ethical dilemma that physicians face. She called for more, guidance and training for physicians in solving this dilemma themselves but also said the law was working well.

This speaks to more directions for care managers who face this request and it’s ensuing dilemma. We cannot make any of these decisions but this adds another step for us if the clients ask us to help them with physician assisted suicide. So we need protocols and training as well.

I am adding new  protocols ,about requests for physician assisted suicide, to  the product Care managers Working With Death and Dying  in My Geriatric Care Management Operations Manual, for those who want to add a death and dying service  or End of Life to their  Menu of Services 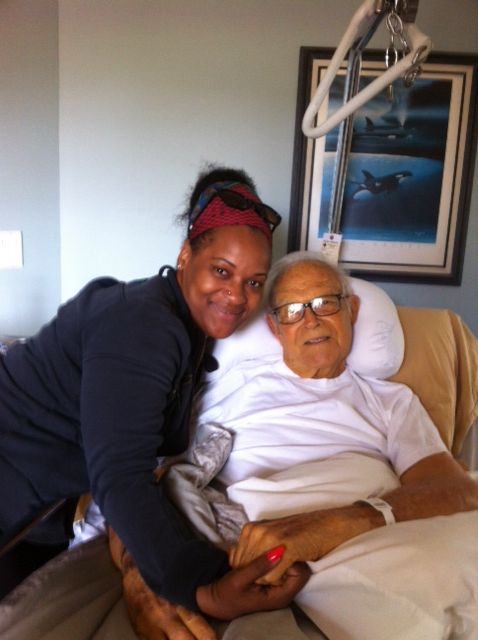 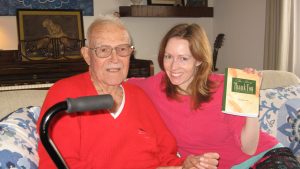 A care manager can bring joy in the terminal phase of dying and give a good life to the very end.Here is a wonderful example

Bill died at the home of his son after he had accepted that he was to die of liver failure. After coming to terms with his death, he and his family, sons, and grandchildren were able to say the goodbyes and offer the unconditional love that they had been fearful to express before his acceptance. A feeling of light joy permeated his room, a family room overlooking the garden, where his hospital bed was set up. Great grandchildren brought pictures, marveled at “grandpa grandpa “ high up in a hospital bed.

His 24-hour caregivers were  gifted loving care providers from a GCM agency Livhome .The 24-hour shifts included a nurse of 18 years from Central America and a man finishing his Ph.D. from the Congo. They cared for him with great warmth, so his family could just be his family, relaxing in their love and surrounding him, as if in a circle, that swirled with 4 generations, going every which way while he watched, really loved and melted into his last stage. They ate meals, chitchatted and welcomed new family coming in to see William, as he remained in the center in his hospital bed, the fulcrum of the gathering.

The geriatric care manager, GCM Mary Brennan, from Livhome , a seasoned ,powerful and so kind LCSW, adjusted here and there, with care providers, family needs, Bill’s needs and followed the guidance of Hospice, who were slowly increasing the pain meds, and supporting his heath and medical care needs in death. The geriatric care management agency worked as a partner supplying 24 care and support for the family.

You are only as strong as your weakest link- those are the care providers. These people were the raft that floated Bill up while the family, offered love and hospice provided medical and end of life support. Together they buoyed Bill into his last stage of dying, knowing that his family was the fabric of every step he took toward forward towards death. They gave him that good life till the very end.