Join me in my newest 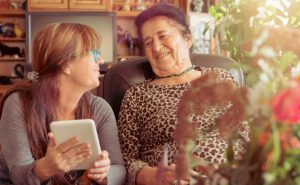 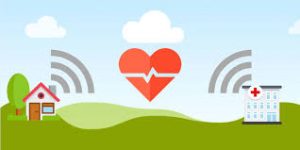 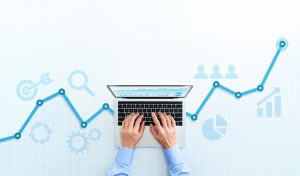 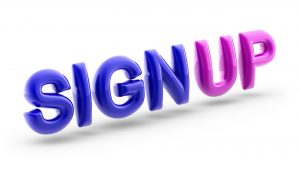 Join me in this August 25th free webinar, when I cover geriatric care management technology for both GCM’s and ALCA members and anyone who wants to start -up a for profit or non-profit  geriatric care management agency. I will have the privilege of interviewing  Carl Hirschman CEO of Caretree  Shanna Huber CEO of My Junna , Lisa Moody CEO of Jewel Code and Dew-Anne Langcaon  CEO of I Health Home . They will all share the best features  and benefits of their software and how they have positioned their product so it stands out from their competition who will be presenting in the same webinar. 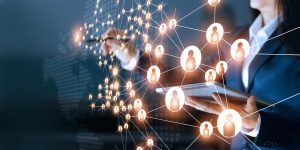 I will also interview  Natasha Beauchamp who is the CEO of Elderpages on-line an expert research scientist who will talk about her content marketing  product , it’s benefits , features and how she positions it against her competition.

Learn more about my business and all the products I have to offer besides the webinars on my website Cathy Cress .com 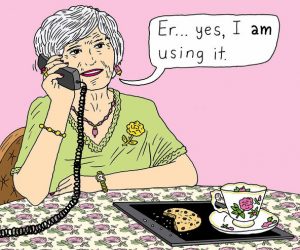 Your job as an aging life or geriatric care manager is to make sure that the technology device like an tablet or e reader device really works for the older client . Does it work at their level of care -or work well at all.

Why- because aging clients need technology to help with both the isolation and lonliness of aging, to increase their quality of life, connect with their family- But the device has to be easy to use for this non- native group

Features of Senior Tech That make it Easy to Use

So what do you do when you recommend a technology like a tablet or e book??  .You are not a tech geek- so how will you choose the right  tech product? 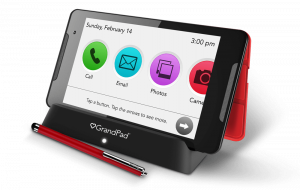 Features to consider when recommending an e-book reader to a client include size of screen, ability to magnify font, type of display, including contrast, glare, and backlighting, ease of navigation, ease of downloading (e.g., wireless, wifi, or computer connection with decreasing preference), and battery life. E-book readers are now available from Amazon (the Kindle), Sony (Sony Reader Digital Book), Barnes and readers? and Apple (iPad)

But many seniors need hands on help is using these tech devices.

A recent survey from AARP, conducted last  September and October, highlights the quandary. It found that older adults boosted technology purchases during the pandemic but more than half (54%) said they needed a better grasp of the devices they’d acquired. Nearly 4 in 10 people (37%) admitted they weren’t confident about using these technologies.

A group in Philadelphia created Generations on Line to help seniors learn to use technology. During COVID this became to such more important to reduce the isolation and lonliness of seniors during shutdown. But they also developed a  program to help families teach an older adult how to use tech devices

Join me in my newest FREE Webinar Today 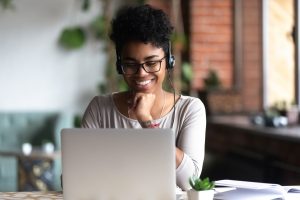 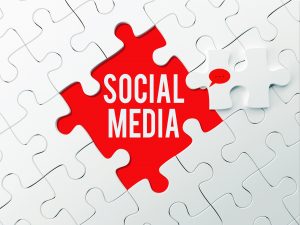 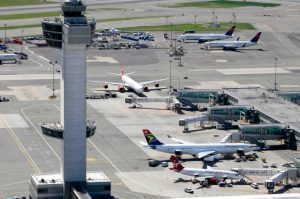 The Challenge For The Right Aging in Place Technology

Aging life and geriatric Care managers must challenge themselves to think about a new paradigm of caregiving for elders that includes technology-based tools. especially with long-distance care providers  In order to be able to recommend products for a client, the care manager should be aware of and be willing to experiment with currently available products. It is also important for the care manager to have a process based on specific criteria to evaluate the technology.  David Lindeman PHD GCM Julie Menack co-authors of the chapter Technologies That Support Aging in Place, in the Handbook of Geriatric Care Management  suggest you use these benchmarks. Lori Orlov , another titan in the field of Senior technology recommends these  new senior long distance guidelines

·      Efficacy—Does the technology perform substantially according to expectations?

·      Return on investment and cost-effectiveness—Does the end result justify the means?

·      Ease of use—Do the care providers, family members, or elders using the technology day to day find it intuitive and user-friendly? 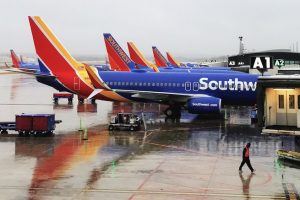 Sensor products can check a number of items within a house: motion patterns, stove on/off status, carbon dioxide or carbon monoxide levels, air quality, and presence of smoke or fire. They can also lock doors and control other items in the home remotely.

Daily activity monitoring. Activity sensors can be placed on the refrigerator, stove, door, and other objects around the home. Your relative may also wear a watch that monitors activity. You can allow caregivers and physicians to access the data. Set up notifications to be delivered by e-mail, text, or mobile app.

Cameras can monitor an individual’s activities of daily living and provide caregivers with direct video feed on a smartphone, tablet app, or the Web to check on the status of a family member.

Wireless systems. Cameras can be viewed remotely from a smartphone or computer. You may be able to get video motion alerts and the ability to pan and zoom.

Example: Netgear VueZone, $130 and more plus service that costs up to $100 monthly.

Join me in my newest FREE Webinar 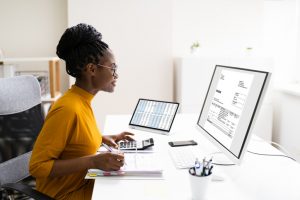 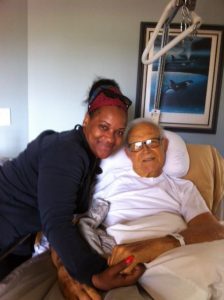 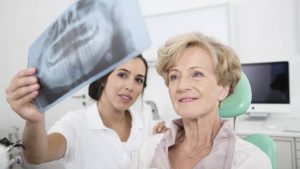 Why Top 10% Are Your Best Aging Life Customers?

Your customers need to be in the top 10% economically and here’s why. That is how you will make money, stay solvent and thrive.Aging clients in the top economic bracket can afford you and the lower 10% cannot.  To start a Geriatric Care Management business PLUS to write a major section of your  GCM business plan, you must describe the customers you intend to serve -your market assessment or opportunity. That tells you and investors whether you will have enough customers to make money. The Concierge Client who is in the top 10% financially is the client you put in your business plan.  Start your business plan and your intention to make money, with a definition of your ideal client. Example: Woman, 85 years old with chronic care needs who has an income or liquid assets of $500,000 or more.

Upper 10% Customer Needs to be Your Mission and Intention- Why

The why is that Medicare does not pay for geriatric care management or what comes long term 24 hour care .The average cost of home care is 4-6K A MONTH  Only the wealthy can afford that , so they must be your  ideal customer.

This cold financial fact has to be in your mission statement and deeply imbedded  in your mind.  So, make this your ” intention” because you are running a business whose very blood is cash flow.You have to have the cash from billing to pay your monthly bills. Without the profit motive and profit, your new business stands a major chance of failure and bankruptcy.

Ideal Clients and Third-Parties You Need for Success 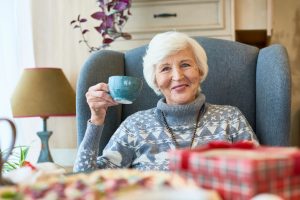 How many of these ideal clients are in the area you wish to serve? You need to do an analysis of the age and income levels- income over 10%. Generally, geriatric care management customers are over age 85 or are disabled younger people with incomes in the range of the top 10% in your community. One gateway to your customers is the local overstressed adult children of clients, long-distance caregivers with family members who need help and live in your community, Another door is third parties, such as trust officers,elder -law attorneys, conservators, or guardians, who refer you to their elderly clients or adult children, as a trusted GCM’s,

If You Want To Start an Aging Life or Geriatric Care Management Business you need to know you can make money before you start. 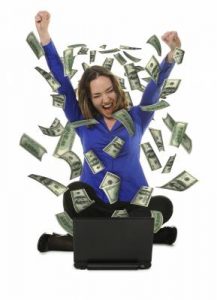 You need to do market research to define the size of the market in the area where your business will be located (e.g., how many people over age 85 live in Modesto, California, how many third-party target markets such as trust departments are in the town?). This type of demographic information may be available from U.S. Census Bureau reports local Area Agencies on Aging, local chambers of commerce, local hospitals, and even members of the local media who have done their own surveys. You can use the Internet to retrieve U.S. Census data in your area, and in addition, you can Google your State Department of Aging, find your local Department of Aging, and then find all senior services that may have data on older people in your area. 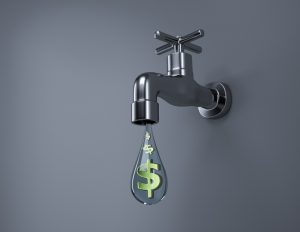 You also need to know about billing and cash flow. You might be making good money as a small business but if your cash flow is not coming in to pay your bills and staff, you stand a new chance of failure. Care managers who are most often social workers and nurses, often have an ethical dilemma with billing and are filled with guilt. That guilt keeps them from billing every hour and leaving time billed off their timesheet to help a client. This leaves them mortally wounding their business and their bottom line over the short term – not being able to pay their bills and themselves each month. If this continues long term- the GCM is faced finally,like a slowly dying tree in a drought , death by bankruptcy.

Check out my  Online GCM Business Class which includes 10 modules on starting your GCM Business including two modules on financial management , billing and financial forecasting so you do not go under and lose your dream start-up 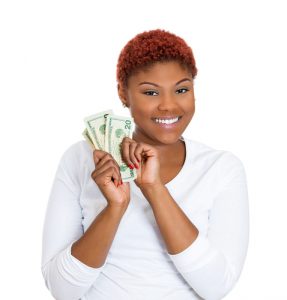 Skills you will learn in My GCM Business Class 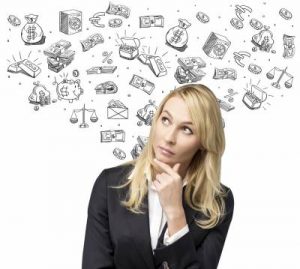 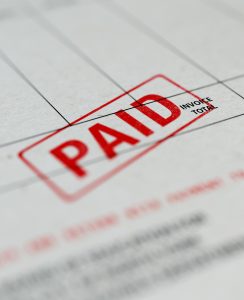