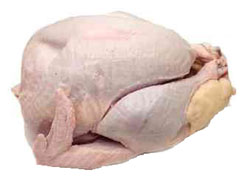 Pieces if April is my favorite aging dysfunctional family Thanksgiving film. Made as a comedy in 2003, it touches death and dying, sibling rivalry, mother daughter estrangement, interracial love- and Alzheimer’s all fueled by deep family fault lines and how to cook a turkey on a broken stove.The film manages to make the old theme of fraught family Thanksgiving, crisp, funny and ultra worth watching.

Shot in 3 weeks for a measly $350 K, it received a Sundance Film award and accolades for its pedigree cast including 21 year old Katie Holmes as the grunge Goth daughter, Patricia Clarkson as the dying  Mom who distains then forgives her rebellious eldest child and Alice Drummond as the demented grandmother who comes along and plays the most rational person in the film in her obliviousness to the family  holiday freak-out.

Watch this classic before the holiday